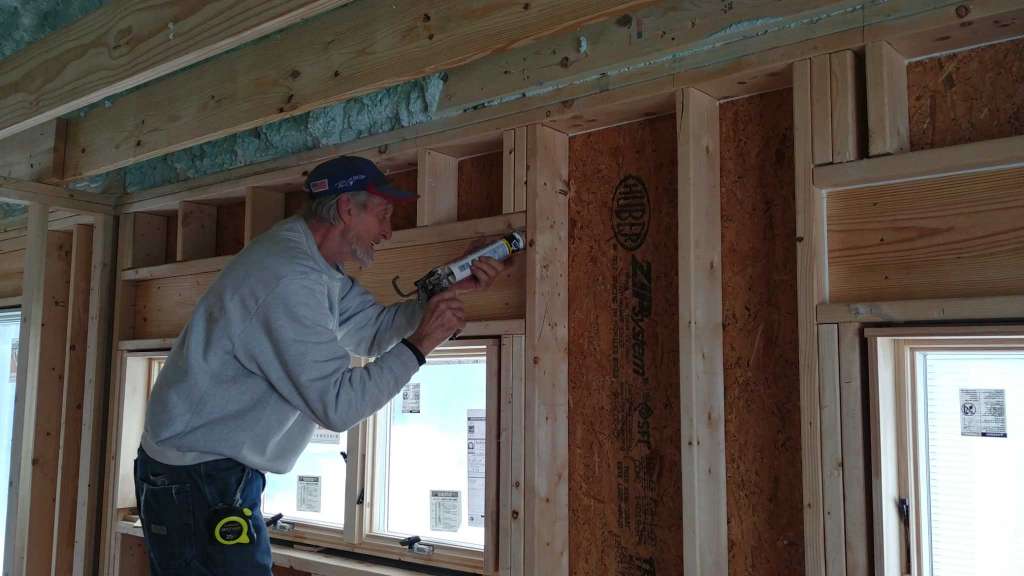 In the late ’90s, Frank Laskey was approached by a couple who wanted to build a new home.

Richard and Jane Leifer had been living in a Victorian-era home in Saratoga Springs that was drafty and that caused Jane’s chemical sensitivities to flare up. Air was getting into the cracks and openings of the old house, carrying chemicals and toxins it found along the way. As a result, it was hard for Jane to breathe.

The Leifers wanted their new home to address these issues while having as little impact as possible on the environment. That’s how they found Laskey — a local homebuilder whose business, Capital Construction, was getting into the green building scene.

“They were unusual clients in that we worked very much as a team to build their house,” Laskey recalled.

Richard, who died in 2011, was a professor at Rensselaer Polytechnic Institute and quickly became knowledgeable in environmentally sound building materials and practices. When the house was done in the early 2000s, the Leifers found it draft-free, easier to breathe and saved money on their monthly energy bill to boot.

Laskey knew the key to giving the Leifers a home that was both good for the planet and good for them would involve two things — an airtight structure and proper ventilation.

“Most people have a hard time appreciating the benefits of something unless there’s some tangible way to measure it,” he said. “That’s why when we talk about airtightness we talk about energy savings, but we shouldn’t forget that it also impacts comfort and overall health.”

It wasn’t until the energy crisis of the 1970s that homebuilders and architects really began to pay attention to the tightness of homes, said Ben Leer, an adjunct professor of building science at RPI.

Leaky homes — homes where air leaks into and out of cracks and openings — were a huge driver of energy waste and high energy bills. Sealing homes properly where two dissimilar materials meet, such as a wood frame meeting a concrete foundation or an aluminum window flange, would prevent this leakage.

Unfortunately, such tightly sealed homes often lacked proper ventilation and could develop mold and mildew from moisture buildup, leading to health problems for their occupants.

“One of the biggest misconceptions today is that homes need to breathe,” Leer said. “In reality, homes don’t need to breathe, people do. And adequate ventilation can assure that. But the building flaws of the ’70s made people think that, and many still do.”

Thankfully, residential building codes have evolved over the years to account for things such as airtightness, ventilation and indoor air quality. In fact, Laskey believes that building codes are now the main driver of how builders decide to build.

“Building code used to be the minimum standard by which we built,” he said. “We built for the market. If the market didn’t want something, there was no incentive for a builder to go out and do it. The new building codes have raised the bar considerably so that builders now have to think about these things.”

Once a home is properly built and sealed, it’s time to think about ventilation. Aside from moisture concerns, ventilation is important because it filters stale, potentially harmful air out and brings fresh, healthy air in.

If you’re wondering what exactly is so harmful about our indoor air, consider that Americans spend, on average, 90 percent of their time indoors where, according to the U.S. Environmental Protection Agency, the concentrations of some pollutants are two to five times higher than typical outdoor concentrations.

Airtight homes without proper ventilation can trap dust, smoke, mold and the carbon dioxide we breathe out every day. Many building materials and furniture are also made with volatile organic compounds that emit toxic vapors once indoor temperature reaches around 72 degrees.
“That’s often the new house smell when you walk into a new house,” said Laskey. “There used to be a cachet to it, but it’s really not good. A well-ventilated house shouldn’t smell new.”

Choosing a ventilation system will depend on the cubic square feet of space within your house, the number of penetrations in the exterior walls, and the number of appliances which give off moisture. But in general, Laskey recommends a mechanical ventilation system that exchanges the air in your home no more than three times an hour — the standard builders must construct new homes to.

Ventilation systems should target bathrooms, the area around a stove, and any common area where people tend to gather. In addition to your standard heating and cooling system, Laskey recommends a system known as heat recovery ventilation that tempers and removes moisture from air before it enters the house. This is what he used in the Leifers’ home.

“It might cost you $3,500 up front,” he said. “But in terms of indoor air quality and the health of the inhabitants of the house, I think it’s a good investment.”

One of the easiest ways to assess your home’s airtightness and energy use is to request a home energy audit.

An audit can tell you how much energy your home consumes, where your home is losing energy and recommend problem areas to fix, such as leaky ducts or areas with no or poor insulation. The New York State Energy Research and Development Authority offers free or discounted energy audits to certain eligible homeowners.

While common in an energy audit, you should double-check to make sure the contractor will perform what’s called a blower door test, which involves placing a powerful fan into the frame of an exterior door in order to measure a home’s airtightness. The fan draws air out of the house, lowering the air pressure inside and causing the higher pressure outside to send air back in through any unsealed cracks or openings.
Diagnostic technology attached to the fan will show a measurement known as air changes per hour (ACPH). An ACPH of three and under meets current building code for airtight structures. Anything over suggests a leaky home.

If you request a thermographic inspection on top of the blower door test, auditors can pinpoint the location of leaks using infrared camera technology, which makes the air leaks appear like moving smoke on the camera.

“I’ve seen this around a skylight that was not properly insulated,” Laskey said. “We put the camera up to the ceiling and saw what looked like smoke flowing toward the skylight.”

Most people won’t think about their home’s airtightness or indoor air quality until they get sick of persistent drafts or experience breathing problems. A high utility bill is also a sure sign you may have leakage in your home.

Posted in: News & Events | The Latest